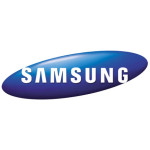 Yes! You don't need any special knowledge to unlock Samsung SM-J320AZ by code, and you will be supplied with easy to understand, step-by-step instructions.

Your Samsung SM-J320AZ unlock code ( SIM Network Unlock PIN ) will be dispatched to your email address as soon as it has been generated.

If you have any questions about unlocking Samsung SM-J320AZ with our service, or if you have any other general queries about mobile phone unlocking, please don't hesitate to Contact Us.