HOW TO ENTER THE MEP CODE!

Although your BlackBerry is now unlocked and you will be able to make and receive calls and SMS with a compatible alternative network SIM card, you may need to install certain settings before you can use specific features such as "Internet" and "MMS". You will need to get the correct Internet and MMS settings for your BlackBerry from the new network. Other BlackBerry specific features such as "BBM" and "Email" can usually only be accessed and used if your new network operates BlackBerry Services. Once again you will need to contact your new network for clarification! 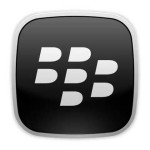 SIM unlocking codes are available for all of the following makes: